Take a few minutes to uncover reasons to live the vegan lifestyle, and talk to people who are veterans of veganism, and you’ll find there are many solid reasons for making this transition. You may already be informed, and convinced, that living vegan is about health and the environment, and about not exploiting animals. These are the major factors influencing thousands of people around the world.

You can literally put your money where your mouth is by spending your food funds on basic foods that are not connected with animals and the use of animal products. This is often one of the reasons people give for changing to a vegan diet. They are not comfortable with the ethical issues of eating meat. But they also find they’re uncomfortable with the next level of eating animal products – dairy and eggs.

Our Top Pick For Vegan Diet 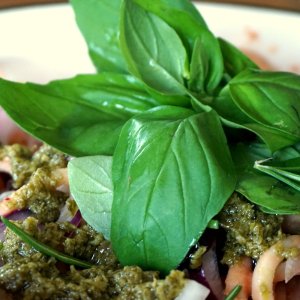 Discover everything you need to know in order to transition to veganism!

The Industry: Why Be Vegan

Cows are not only kept for their milk products, they may also be “baby factories,” in the sense that they produce the new generation of milk producers. If a male is born, it’s generally headed for meat. This same process is applied to egg-laying hens and their male counterparts. If you have problems with this method of food production, you may find some relief living the vegan lifestyle.

What about the environment, a second major reasons people often cite for being vegan? It’s been shown that raising crops that are used for food directly, rather than feeding the crop to meat-producing animals, uses fewer natural resources. Some individuals who follow this process closely also note that the methane production from the livestock industry has a major impact on the quality of the air we breathe, and may contribute to global warming.

The third of the key factors involves your individual health. The diet of a vegan eliminates unhealthy foods such as hot dogs, sausage, ice cream, fried chicken, hamburgers and so on.

If you replace those items with vegan foods, you’ll probably notice you feel better within a few days, in a general way. In the long term, the vegan lifestyle can reduce your risk of some cancer types and your risk of cardiovascular problems.

Some veteran vegans will cite the terrible conditions people work in when they earn their living in a slaughterhouse. So, you may be doing some good by reducing the number of people who spend their days in an abattoir. Others have followed the lead of their musical or sports heroes, celebrities who made the transition to veganism. Sometimes, these individuals make the change for health reasons, and find they feel better generally and have more energy and stamina.

You can learn more about the vegan life, a diet plan, and the support you need when you visit The Vegan Miracle.

If you need more emotional and mental support for your change to veganism, but you just don’t want to make the move all at once, you can certainly focus on the idea of “transition.” Many people have switched to a vegetarian menu first, eliminating meat but continuing to eat dairy products and eggs temporarily, to see if this makes a difference in the way they feel.

You may also want to learn the truth about eating meat and animal by-products. If you’ve been told you must have these items in your diet, you may be surprised to learn that meat is unnecessary. However, you should find vegan foods that will provide the proteins and other nutrients your body will need.

It’s also important for you to think of this as a change of habit. Diets are certainly that, a habit. If you are careful and focus on providing the nutrients you need, you can change your habits and your lifestyle.

If you want to take your veganism to the next level, you can consider become active in the animal-rights arena, and the human-rights arena. If the majority of people would follow the vegan diet plan, more people could be fed without a major increase in energy use or labor.

For example, if you used the vegetable protein fed to a beef herd to feed people directly, you would provide for entire populations. Many people believe it’s possible to end hunger on the planet is this change is made.

Learn more at The Vegan Miracle.

The vegan lifestyle is, according to most who follow it, the most compassionate way to live. You won’t be subjecting animals to pain, for one thing. You will also be doing your part to preserve resources that could be better used to end the cruelty of hunger. If you need a personal reason, beyond feeling much better physically, consider that careful planning and consistency with a vegan diet means you’ll spend less money for food in the long term.

Our Top Pick For Vegan Diet

Discover everything you need to know in order to transition to veganism!

Difference Between Vegan and Vegetarian

What Does It Mean to Be Vegan?

Should I Go Vegan?

‹ What Does It Mean to Be Vegan? › Vegan Diet for Beginners